July 26, 2019-0 Comments on God's Inspiration or Ours?-Bible Knowledge, Revelation & Inspiration of the Bible

God’s Inspiration or Ours?

William Miller believed the Bible was full of discrepancies and couldn’t be trusted. Though he had been raised in a devout Baptist home, he became an aggressive and skeptical deist, believing that God created the world but then left it alone.

William Miller was a skeptical deist until he met Jesus and began to study the Bible for himself. Then he discovered the Bible was a coherent revelation from God. photo credit: Wikipedia

Experiences during his service as a captain in the War of 1812 convinced Miller that God was involved in the affairs of men. Then, in the fall of 1816 he discovered Jesus as a personal Savior and began an intensive study of the Bible. He felt that “if the Bible was the word of God, [then] every thing contained therein might be understood, and all its parts be made to harmonize. ”William Miller, Apology and Defence, pp. 5, 6

Miller began in Genesis and studied each passage until its meaning was clear. When he came across something he did not understand, he used a concordance to find every passage in the Bible that related to it and studied them. At the end of two years of nearly full-time study, he felt that the inconsistencies that he had earlier seen in the Scriptures were gone.

“I am fully satisfied that the Bible is its own interpreter…” Miller stated. “It is a system of revealed truths, so clearly and simply given, that the wayfaring man, though a fool, need not err therein.” George Knight, Lest We Forget, p. 15

Modern Day Questions About the Bible

Many people today, like William Miller, have abandoned faith in the Bible. They feel the Bible is not accurate and is no longer relevant to their modern lives.

Modern Bible scholars have furthered this belief by designating certain portions of the Bible as accurate and others as uninspired. Inconsistencies between books, or with historical records, are pointed out as evidence that the Bible is simply a collection of stories written by uninspired people over many centuries.

Yet a careful study of the Bible and the historical records show that the Bible is accurate and trustworthy. So why do so many believe it is not?

A major reason is misunderstanding how the Bible was inspired. There are three main schools of thought on Biblical inspiration. Two of these open the door for doubt about the validity of the Bible.

Let’s take a quick look at these two views of inspiration: 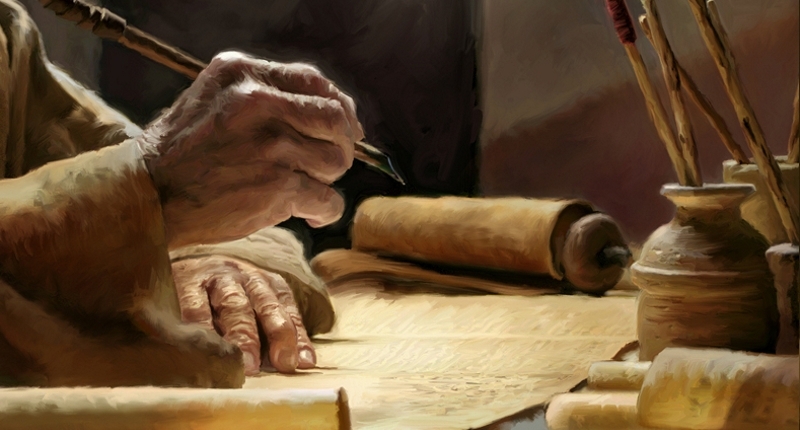 Did God tell the prophets every word to use or did they simply write about their spiritual experiences?

Verbal Inspiration believes that the Holy Spirit dictated the exact words of the Bible to the prophets. They were simply a pen in God’s hands to write out His messages. This view and its variations place the emphasis on God’s inspiration and working through His prophets. The personality and background of the prophet do not have any effect on what is written.

Encounter Inspiration believes that the Holy Spirit gave each prophet a spiritual experience with God. The prophet then wrote about that experience in their own words. The emphasis here is on the prophet and their experience, rather than on God’s inspiration or direction.

Is there another view of inspiration that misses the downfalls of these two views? Yes! It is called Thought Inspiration. (This is also sometimes called plenary inspiration meaning total or complete inspiration).

What is Thought Inspiration?

Thought Inspiration teaches that the Holy Spirit communicated God’s thoughts to the prophets, sometimes as exact words and sometimes as specific thoughts. The Holy Spirit then continued to guide the prophet as he or she wrote out God’s thoughts in human language. This view sees the Bible as fully inspired by God, but written with human words and through the varying lenses of each prophet’s unique environment.

Thought inspiration steers clear of the potholes of verbal and encounter inspiration because it follows a middle path that appreciates the roles of both God and prophet in inspiration. It views the Bible as accurate and fully inspired by God, yet recognizes that it was written by humans who were influenced by their cultures and personalities. The Holy Spirit guided these prophets to ensure that their messages accurately represented God’s thoughts, but did not dictate their exact words. It sees the Bible as both fully divine and fully human, therefore making it the authoritative guide for life today.

The Bible does not explicitly explain its inspiration. But it does give us important clues into how inspiration works.  Peter explains that “prophecy never came by the will of man, but holy men of God spoke as they were moved by the Holy Spirit.” 2 Peter 1:21 And Paul assures us that “all Scripture is given by inspiration of God.” (2 Timothy 3:16).  In God’s Thoughts in Human Words we took a close look at these two Scriptures. They teach us that God gave His messages to His chosen prophets, then enabled them, through the power of the Holy Spirit to write those messages out in their own words.

Several Biblical examples give insight into the process of inspiration:

“The Bible is written by inspired men, but it is not God’s mode of thought and expression. It is that of humanity. God, as a writer, is not represented. Men will often say such an expression is not like God. But God has not put Himself in words, in logic, in rhetoric, on trial in the Bible. The writers of the Bible were God’s penmen, not His pen. Look at the different writers.

“It is not the words of the Bible that are inspired, but the men that were inspired. Inspiration acts not on the man’s words or his expressions but on the man himself, who, under the influence of the Holy Ghost, is imbued with thoughts. But the words and thoughts receive the impress of the individual mind. The divine mind is diffused. The divine mind and will is combined with the human mind and will; thus the utterances of the man are the word of God.” Ellen White, Selected Messages, Vol 1, p. 21

God’s Inspired Word for Our Lives

William Miller, the skeptic farmer turned Bible-student, came to some astonishing conclusions from his Bible study. His study of Daniel 8 led him to believe that Jesus would return to the earth in the 1840s. He was a reluctant preacher, but God used him to spark the Advent movement and plant the seed for the Seventh-day Adventist Church which has grown into a world-wide church of nearly 20 million people. 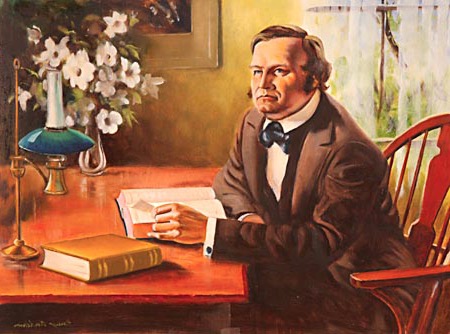 Miller’s intense study of the Bible and firm faith in its inspiration gave a solid foundation to the Advent movement. Photo credit: Sherlock(JW1983)

Though Miller misunderstood the application of the Daniel 8 prophecy, his profound faith that “the Bible is given by God to man” as “a revelation of God to man” provided a solid foundation for the work of revival God called him to do. Miller “accepted the full authority and inspiration of the Bible because he was convinced of the harmony and unity of its content… When he finally concluded that Scripture was clear and consistent, he accepted its ultimate authority for the rest of his life.  Alberto R. Timm, Adventist Views of Inspiration, p. 25,

Friend, William Miller’s journey to trust in the Bible must also become ours. We too must learn to trust that the Bible is the inspired Word of God. Though we may not understand everything about how it was inspired, we can know why it was given and what it means to us today (2 Timothy 3:15-17). Then we will be trusting God’s inspiration and not our own. His thoughts are far beyond ours (Isaiah 55:8-9) and worthy of our honor and obedience.

Let us accept the Bible for what Jesus says it is: “the Word of God”. Then it can be said of us, as Paul said of the Thessalonians,“For this reason we also thank God without ceasing, because when you received the word of God which you heard from us, you welcomed it not asthe word of men, but as it is in truth, the word of God, which also effectively works in you who believe.” 1 Thessalonians 2:13

**All Scriptures taken from the New King James Version.

For more about how the Bible was inspired, please read God’s Thoughts in Human Words.