Allison was worried about her two daughters. They had recently been exposed to misleading ideas about end-time Bible prophecy. Though Allison hadn’t studied Daniel and Revelation herself, she knew enough to know that the ideas they were learning could lead to a multitude of other misconceptions regarding the Bible. Allison needed to take action. After saying a prayer, she began searching for a set of study guides that plainly explained the prophecies of Daniel and Revelation. 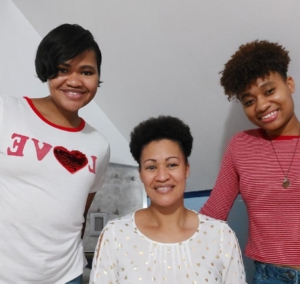 Not long after, Allison spotted the “Prophecies of Hope” study guide series at a Christian bookstore. The colorful depictions of the prophetic scenes from the Bible appealed to her. She knew these were the ones. “The Holy Spirit told me to get them,” says Allison.

Once they began studying, Allison was amazed by how easy it was to understand these simple-to-follow lessons. Even her young daughters, ages 14 and 11 at the time, quickly grasped the content. Each night they feasted together on the Word of God, finishing the entire set of 26 study guides in about a month’s time.

Allison had always viewed Bible prophecy as complicated and intimidating. “I wasn’t certain I would ever be able to understand it,” she recalls, “but these study guides were truly eye-opening. They took away the doubt. My daughters were in awe. They could understand too and couldn’t wait to learn more.”

Some highlights for Allison and her daughters were learning about the “seal of God and mark of the beast,” the “unpardonable sin,” and the “final judgment.” She enjoyed how “these study guides are 100 percent Bible-based” and “everything was broken down very clearly.”

As she began to understand Bible prophecy, Allison gained peace of mind, “a mindset of not fearing the things that are coming because you already know how things will end. There are no surprises. It’s not God’s plan for us to live in fear.” These lessons, she says, “gave me a mindset of hope. That’s how I’ve been able to deal with the pandemic.”

Understanding end-time prophecy, says Allison, “replaces any doubt and fear with joy and hope. This is especially helpful in the times we are living in now. Satan wants to keep us in fear and panic. These studies cast away fear. Hope casts out fear.” Her daughter Alyssa says the studies were “life-changing.”

“I liked them so much that I bought extra copies and mailed them to friends and family,” exclaims Allison, “I wish I could tell everybody about them. I absolutely recommend them!”

Begin your journey of hope today by signing up for the Prophecies of Hope online course!

Begin the Prophecies of Hope Course
Scroll to top