Covid is killing. Corporations are closing. People are protesting. Polarization is palpable. How do we explain the chaos around us? Who is to blame?

Someone is pulling the strings yet the multitudes are unaware of his sinister agenda and tactics.

The Bible tells us that the evil mastermind is none other than Satan and his army of evil angels.  “We do not wrestle against flesh and blood” (Ephesians 6:12; Revelation 12:9).

The Devil delights in misinformation. He invented fake news long before the internet and social media. To understand what we are up against, we must go back to the beginning, when the villain was still Lucifer, “the shining one.” “By the abundance of your trading you became filled with violence” (Ezekiel 28:16) and “war broke out in heaven” (Revelation 12:7). What was Lucifer “trading” that filled him with violence and led to war in Heaven? Satan is the one “who deceives the whole world” (Revelation 12:9). He was, and still is, in the business of selling lies. In fact, he is the “father of it” (John 8:44).

Lucifer led a revolution in Heaven and “endeavored to excite dissatisfaction concerning the laws that governed heavenly beings, intimating that they imposed an unnecessary restraint” (The Great Controversy, Ellen G. White, p.495). After his attempted takeover in Heaven, he brought the same tactics to Earth.

He said to the woman, “Has God indeed said, ‘You shall not eat of every tree of the garden’” (Genesis 3:1)?

His lies were blatant and seductive. “You will not surely die. For God knows that in the day you eat of it your eyes will be opened, and you will be like God, knowing good and evil” (Genesis 3:4, 5).

Since that fateful day in the garden, Satan has been telling us that we don’t need God; that we can decide good and evil for ourselves. He’s been feeding us a diet of lies and we’ve gobbled it up for thousands of years. We’ve been duped into joining the devil’s revolution against God. Satan especially hates God’s people. From its inception, he set out to corrupt God’s New Testament church. He even deceived Judas and used him as a “secret agent” among the Twelve Apostles.

As the spirit of antichrist influenced the early church leaders, “the man of sin” (2 Thessalonians 2:3) rose to power and sat in the temple of God. The Roman bishop was legally recognized as Head of all Churches by emperor Justinian in 538 AD. For centuries the Bible was prohibited. People were forbidden to read or even possess it. Priests twisted its teachings bringing disgrace to God. The truth was veiled in darkness.

During the Dark Ages, God’s children were turned from Christ to cruel, erring men over whom Satan held sway. They were told that the pope was their mediator and that they could atone for sin by their works; pilgrimages, penance, and indulgences were said to appease the wrath of God and purchase His favor.

The lies were thick. But the truth would not remain in obscurity.

Light Shining in the Darkness

In 1510 when the great reformer Martin Luther was climbing “Pilot’s staircase” on his knees, “suddenly a voice like thunder seemed to say to him: ‘The just shall live by faith.’ Romans 1:17. He sprang to his feet and hastened from the place in shame and horror” (The Great Controversy, Ellen G. White, p. 125).

He soon began teaching the supremacy of the Scriptures over tradition. He taught that no doctrine was to be received that was not based firmly on the Word of God. It was the vital principle of the Reformation and the unraveling of the church state union. True knowledge of the word of God dispelled the midnight of the Dark Ages.

“The spirit of liberty went with the Bible. Wherever the gospel was received, the minds of the people were awakened. They began to cast off the shackles that had held them bondslaves of ignorance, vice, and superstition. They began to think and act as men” (The Great Controversy, Ellen G. White, p.  277).

In France, the ruling class rejected the light of the Reformation. The country remained loyal to the corrupt church and heinous crimes were committed. The worst was the St. Bartholomew’s Day Massacre against the Huguenot Protestants on August 24, 1572.

Under the influence of his mother, Charles IX sanctioned the killings. A bell tolled in the dead of night, signaling the time for slaughter. Thousands of Protestants were murdered in cold blood.

Protestants fled the country taking with them intelligence, arts, industry, and order. Cities fell into decay, farms withered, morals declined, and poverty ensued. The masses were taxed heavily, the money was used to support the excessive lifestyles of government officials and clergy. Unrest was rising.

The Enlightenment began with the introduction of Descartes’ philosophies in 1637. By the 18th century, Voltaire and others claimed reason was the supreme authority. And that society should be based on reason rather than faith. The church had left a bad taste in the mouths of many and the ideas of the “Age of Reason” threatened the authority of the church and monarchy.

Two new ideas that developed were deism (belief in a creator god that does not interact with his creation) and atheism. “I think, therefore I am” replaced the Great “I AM”. The Revolution began in 1789.

Out of the Abyss

We can’t blame the people of France for rejecting the distorted image of God shown to them. But sadly, they also rejected the Bible which would have revealed to them the true God. “Mistaking license for liberty, the slaves of vice exulted in their imagined freedom” (The Great Controversy, Ellen G. White, p. 281).

Starting in 1793, during France’s “Reign of Terror”, the Two Witnesses of Revelation 11, a.k.a. the Old and New Testaments, were cast down and “the beast that ascends out of the bottomless pit” (Revelation 11:7) made war against them. In the words of Pharaoh, France exclaimed, “I know not Jehovah” (Exodus 5:4 ASV). The spirit of atheism reigned and worship of God was forbidden. Bibles were burned, evidently lying “dead” (Revelation 11:8) in the street. Doctrines of devils replaced doctrines of God as revealed in the Bible. (Note: Please read “Who are the Two Witnesses of Revelation 11” for a greater understanding of these verses and their connection to the French Revolution.)

Church, state, family, law, and order all suffered when France rejected the Bible. “Since they hated knowledge and did not choose to fear the Lord,” “they will eat the fruit of their ways and be filled with the fruit of their schemes” (Proverbs 1:29, 31 NIV).

“Atheists, infidels, and apostates oppose and denounce God’s law; but the results of their influence prove that the well-being of man is bound up with his obedience of the divine statutes. Those who will not read the lesson from the book of God are bidden to read it in the history of nations” (The Great Controversy, Ellen G. White, p. 285).

A Revelation of God

Satan’s conspiracy is simple: Cause humanity to suffer and lead us to blame God. He executed it brilliantly in the French Revolution.

He led the people of France to blame their troubles on religion. They rejected the false image of God they had seen and chose instead to rely on their own reason. The results were horrific.

What France needed was a revelation of the true God, not a revolution.

The people needed to see God’s glory as revealed in His character. “The LORD, the LORD God, merciful and gracious, longsuffering, and abounding in goodness and truth, keeping mercy for thousands, forgiving iniquity and transgression and sin, by no means clearing the guilty” (Exodus 34:6-7).

The Bible, the book the French rejected during the French Revolution, was the only thing that could sweep away the morass of lies and allow the light of God’s glory to shine in.

That’s true for us today too. We must see God’s glorious character as revealed through His word. It is the only way we can be freed from the enemy’s lies.

The truth of Jesus as found in the Scriptures is our only hope.

“I am not ashamed of the gospel of Christ…for in it the righteousness of God is revealed” (Romans 1:16, 17). 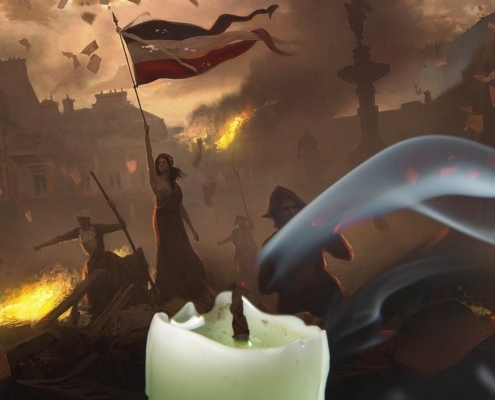 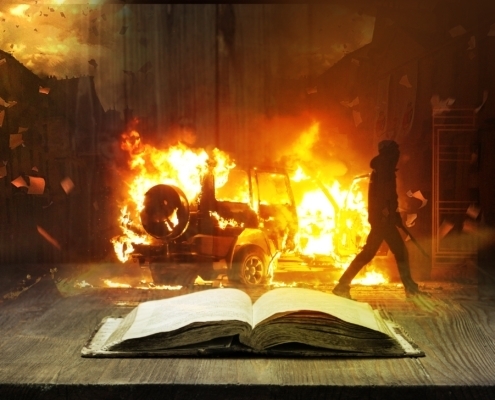 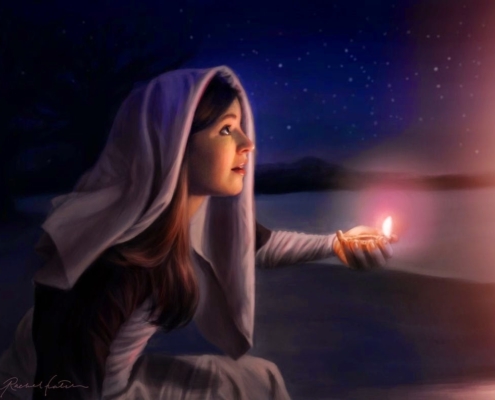 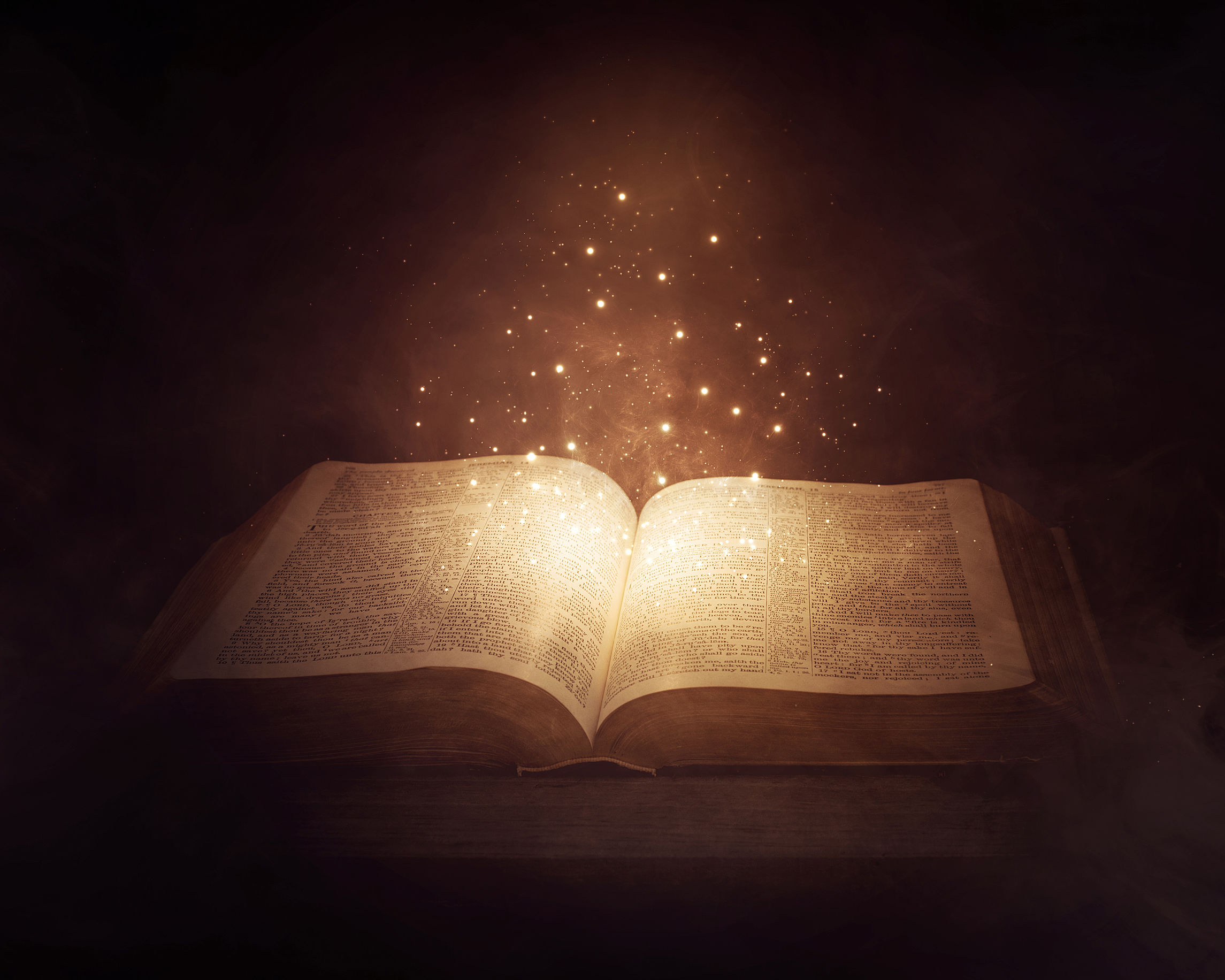 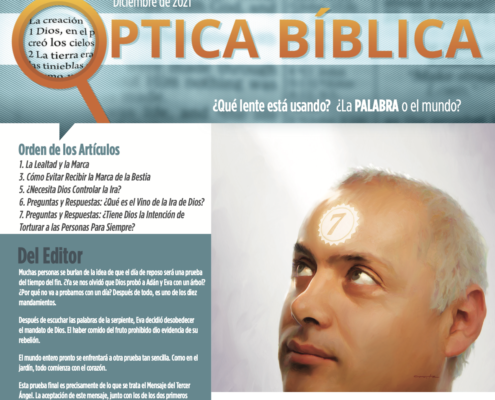 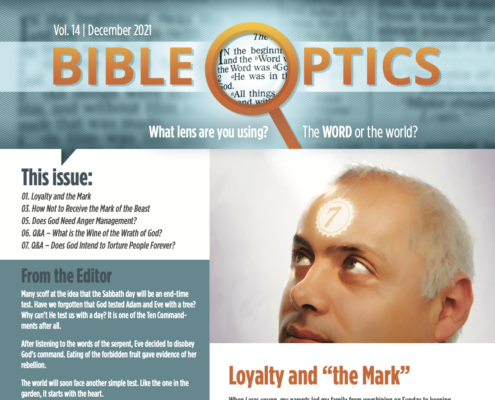 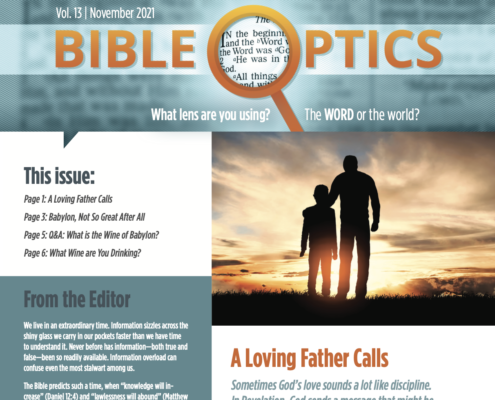 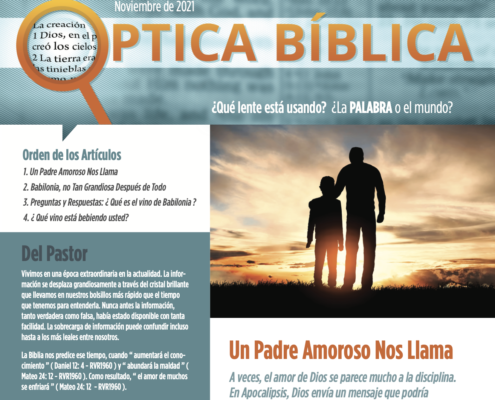 God Wants to have a Conversation with You